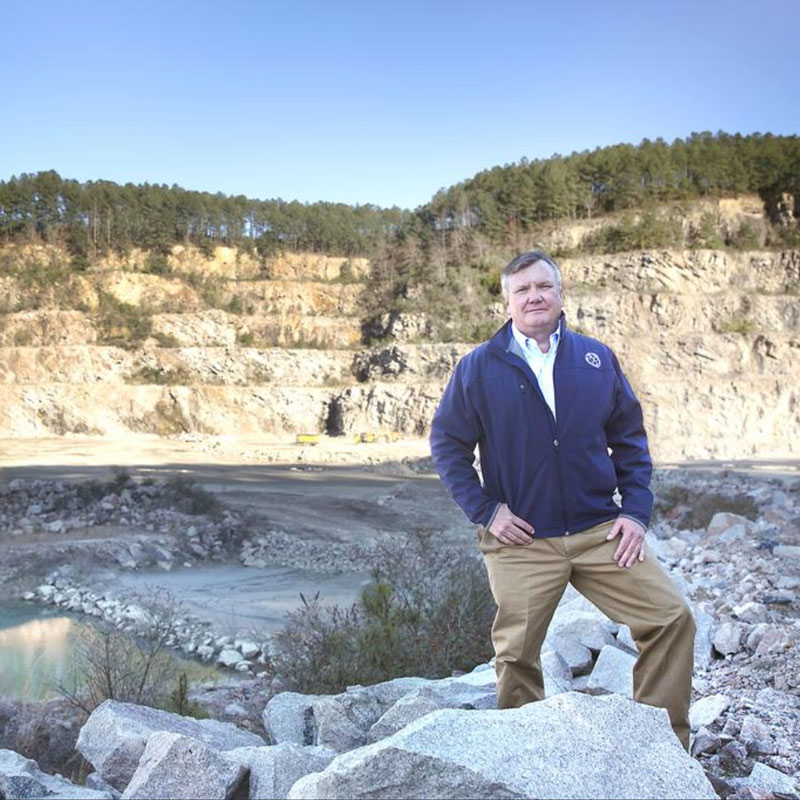 More than a week after a judge ruled its lease of airport-owned land near Umstead State Park is legal, Wake Stone Corporation continues to prepare for the next step in expanding its quarry operation. That’s as, on the other side, environmental groups are still mounting an offensive to stop the quarry from operating.

Sam Bratton, president of Wake Stone Corporation, which, earlier this year signed a lease with the Raleigh-Durham Airport Authority over the controversial tract, says his team is preparing to move forward.

“We are working hard to develop a complete and comprehensive permit application for [North Carolina Department of Environmental Quality] review,” Bratton says Monday. “We are not prepared to provide a target date for submittal.” 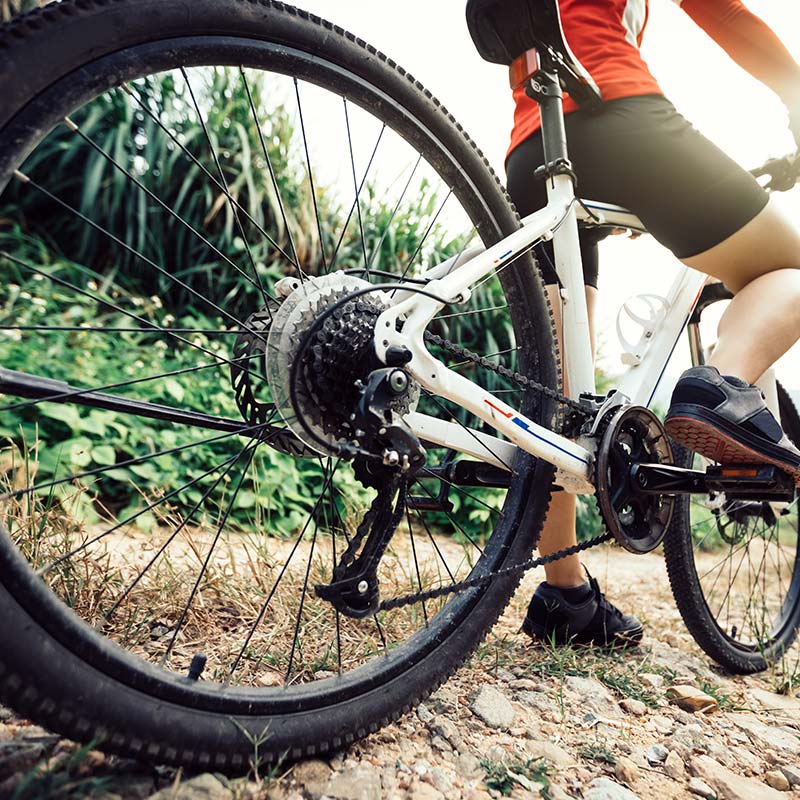 Many thanks to Superior Court Judge Graham Shirley II for upholding Raleigh-Durham Airport Authority’s right to enter into a long-term lease with Wake Stone Corp. (Nov. 8)…

Keeping local politics out of airport operations is a major advantage of the authority structure. Limited ability to raise funds is a major disadvantage. RDU has a major funding challenge to keep the airport modern and attractive to passengers as well current and prospective airlines. The Wake Stone lease is a part of the funding solution. 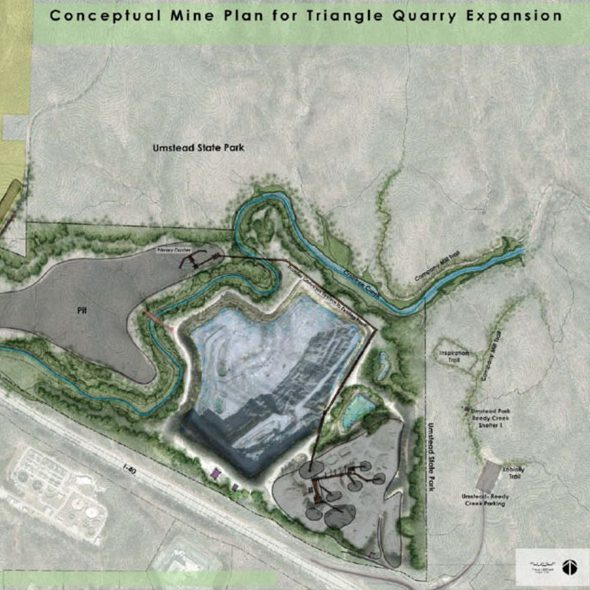 A Wake County judge has sided with Raleigh-Durham International Airport in a controversial case involving a planned rock quarry near Umstead State Park.

The court denied plaintiffs’ attempt to get an injunction – one that would prohibit Wake Stone from building its quarry.

With the order – environmental permits still stand between Wake Stone and its quarry. 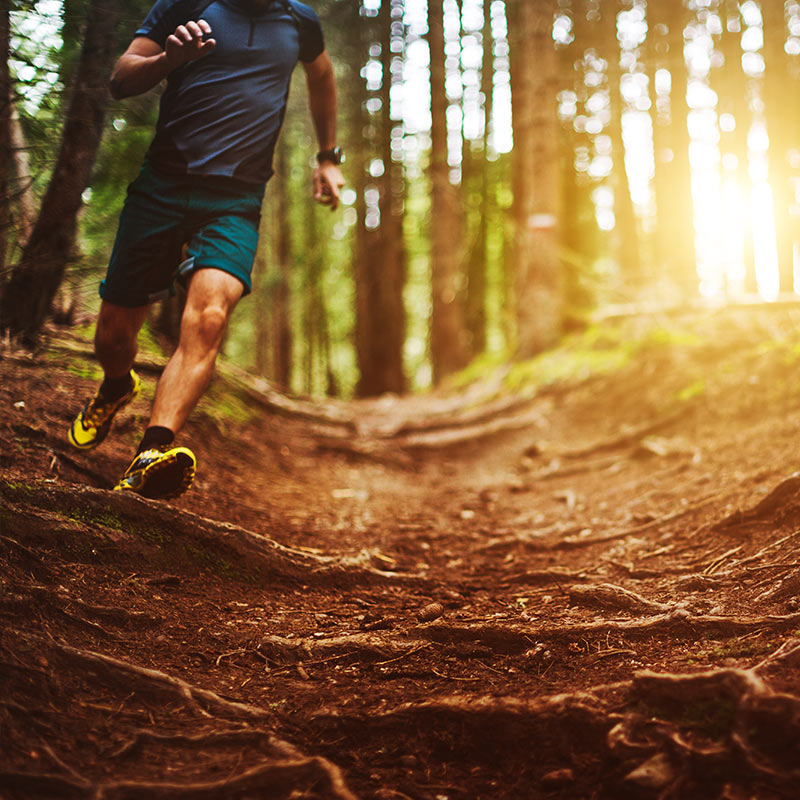 The Raleigh-Durham Airport Authority acted legally when it approved a lease last spring that will allow a stone company to operate a quarry on 105 acres of airport land, a Wake County judge ruled Friday.

Superior Court Judge Graham Shirley II wrote that RDU’s governing board did not need to consult with the four local governments that own the airport. The cities of Raleigh and Durham, along with Wake and Durham counties, each appoint two members to the airport authority. Six members voted for the lease, with one absence and one abstention.

The lease allows the Wake Stone Corp. to operate a quarry on airport land adjacent to the company’s existing quarry and to William B. Umstead State Park. The lease is expected to generate $24 million for RDU, mostly in the form of royalty payments, and is good for 25 years with optional annual extensions of another 10 years… 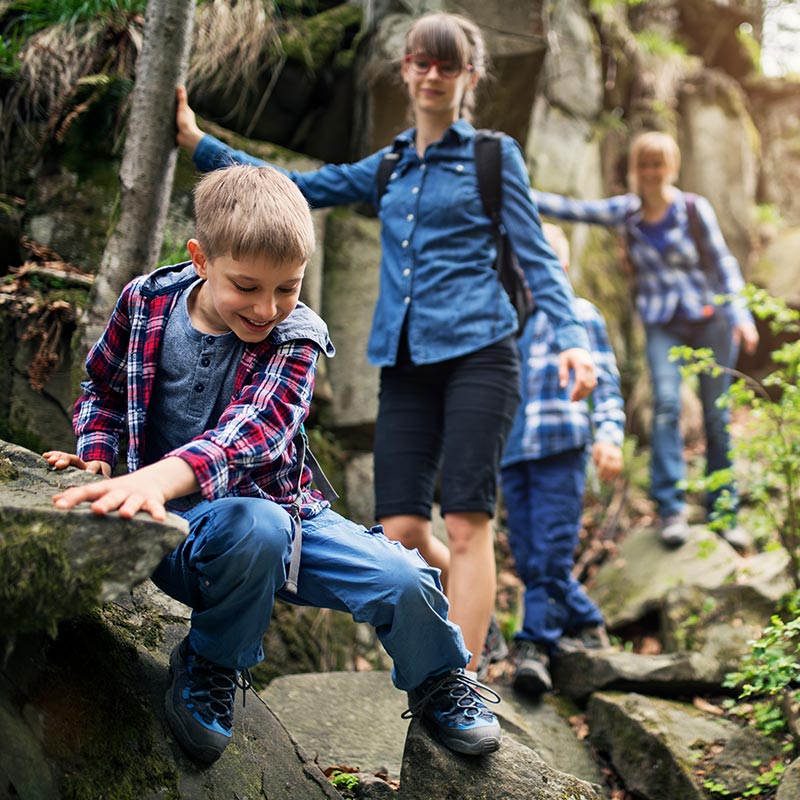 Wake County Superior Court Judge A. Graham Shirley ruled today in favor of the Raleigh-Durham Airport Authority in a lawsuit filed by activists who oppose the land-lease agreement between the Authority and Wake Stone Corporation. In the ruling regarding the agreement that would expand an existing quarry on airport property, Judge Shirley found that, “as a matter of law, RDUAA has the statutory authority independent of the Cities of Raleigh and Durham and the Counties of Wake and Durham to enter into the Lease, and therefore, summary judgment in favor of Defendants is proper.” 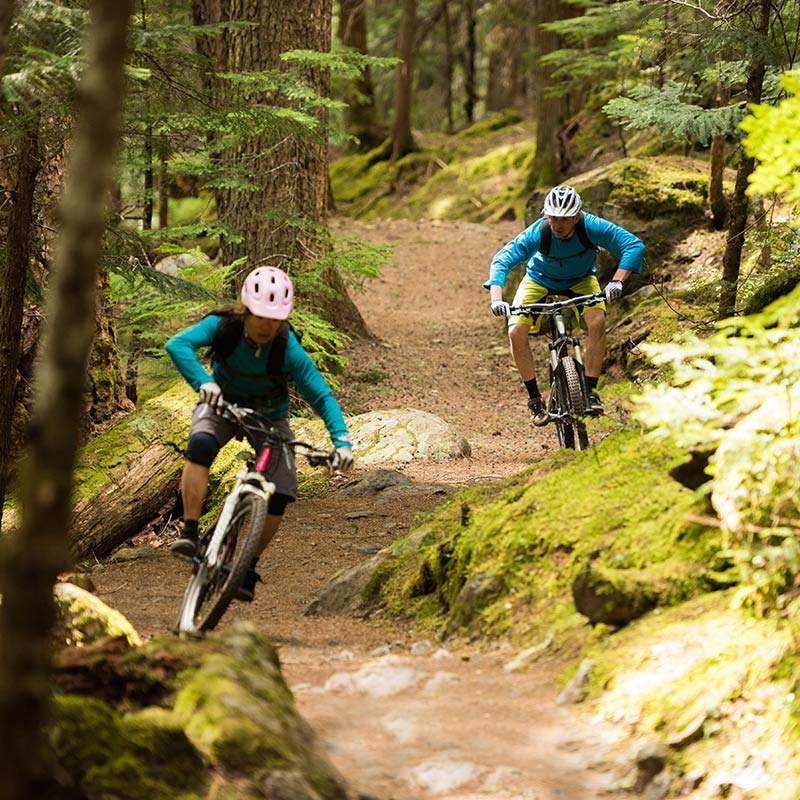 A proposed rock quarry on public land popular with mountain bikers has exposed a fault line over growth in this booming region.

Communities need rock to expand, as crushed stone is a key ingredient in concrete, asphalt and other building materials. But, as many residents here see it, mining the rock shouldn’t come at the expense of outdoor recreation—what drew many of them to the area in the first place. 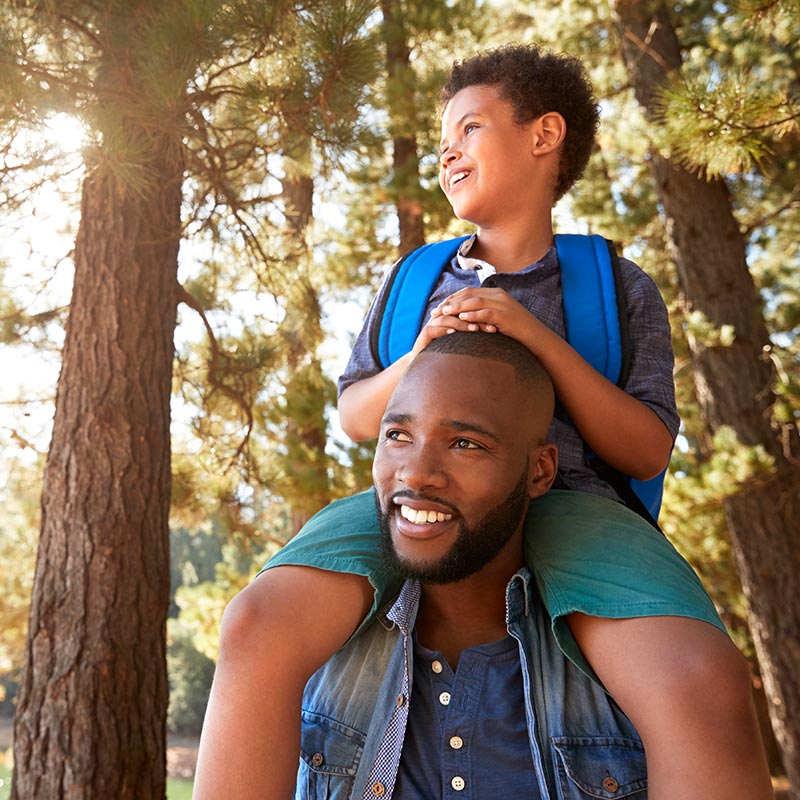 The Raleigh-Durham International Airport shares 6.2 miles of border with Umstead Park. Along one little patch of that border, the airport authority has leased property to Wake Stone so the mining company can expand a rock quarry. The lease is expected to generate more than $20 million for the airport, but park supporters are trying to stop the deal and leave the property undisturbed.

…Wake Stone already operates a quarry directly next to the Oddfellows site. It sits right off the I-40 exit for Harrison Avenue….

“The general public that drives by this site, most people don’t even know we exist right here off Harrison when they’re driving up and down (Interstate) 40,” says Bratton. “So we think it will be kind of business as usual for another 25 to 35 years.”

He argues that regulations like setback requirements, berms, and other safety measures will protect neighbors as well as the park. He says people will barely notice the mining operation at all…

But more than that, Wake Stone’s primary argument about the quarry is what will happen to the property after they are done mining. Bratton shows plans to transform the quarry pit and operation site into a beautiful park… 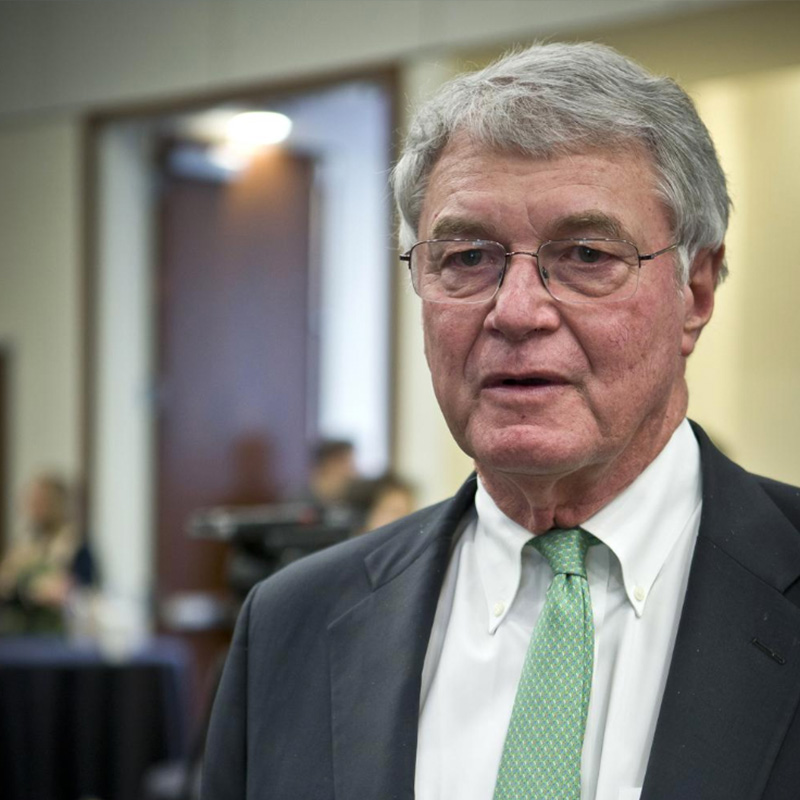 Both Umstead Park and RDU are critical to the continued success of our Region. But I firmly believe the Wake Stone quarry expansion should proceed.

In my experience as a former mayor of Raleigh, it is not uncommon to have community debate surrounding the changes that take place as a community grows and prospers. Rarely is there a new road or project built where some feel that the positives don’t outweigh the negatives. There are two valid sides to most arguments. I try hard to understand both sides of an issue.

Recently, the RDU Airport Authority entered into a lease with Wake Stone to mine 105 acres of land owned by the Authority in return for royalties on the sale of crushed stone from the site. The public process that led to this decision spanned two years and extensive negotiation between the parties.

On balance I believe the result is positive for our region. First, RDU receives much-needed income to finance its growth. Second, area citizens receive mountain biking trails on an adjoining 150-acre site and ultimately more.

I was pleased to see that a proposal was generated to meet both recreational interests and also keep up with the expanding needs of our airport. RDU, because of the strong economy of our area, is one of the fastest growing airports in the country. The Research Triangle continues to attract talented people and companies in pursuit of that talent. We need a thriving airport.

I believe it is clear that final approval of the lease is by the Airport Authority. It does not require an additional approval by the governing bodies that own the airport (City of Durham, Durham County, City of Raleigh, Wake County). As a former chair of the Airport Authority, I appreciate the wisdom shown by the NC General Assembly when it created the organization in 1939. There are eight board members (two appointed by each owner) assuring that there is a direct connection between airport governance and their respective communities. The Airport Authority voted unanimously to approve the lease.

Some concerns have been raised regarding the impact of having a quarry adjacent to Umstead Park. I believe these concerns can be properly mitigated. (I have used the Park myself and have driven by the Harrison Avenue entrance often and never notice the quarry’s presence yet it has been operating there the past 38 years.)

I have known and respected the Wake Stone owners for many years. In addition to being good operators, they have been proactive in protecting and supporting Umstead Park. They have an exemplary record of both community service and environmental stewardship as they conduct a business essential to our region’s growth.

We should commend our Airport Authority for finding an approach that makes a responsible fiscal and community use of this land.

Smedes York is the former mayor of Raleigh, a former board member of the Raleigh-Durham Airport Authority. He currently is the chairman of McDonald York Co. in Raleigh. 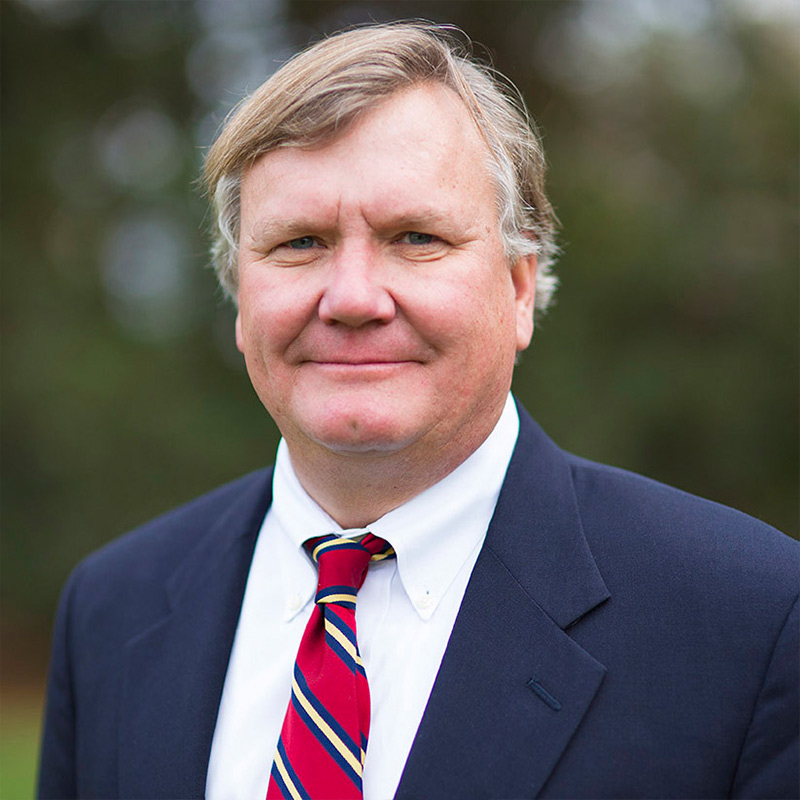 A swath of forestland in Research Triangle Park has become a battleground.

On one side stands a family with a long history in the Triangle – the Brattons, the patriarchs of rock crusher Wake Stone Corp. The other? A group of very loud activists, holding signs that say “Save RDU Forest.”

What it is, he says, is a financing opportunity – which is why the airport is leasing the 105 acres to Wake Stone as an expansion of their quarry. Activists disagree. It’s an issue that has been fought over at city hall, in the RDU board room and through thousands of petition signatures. 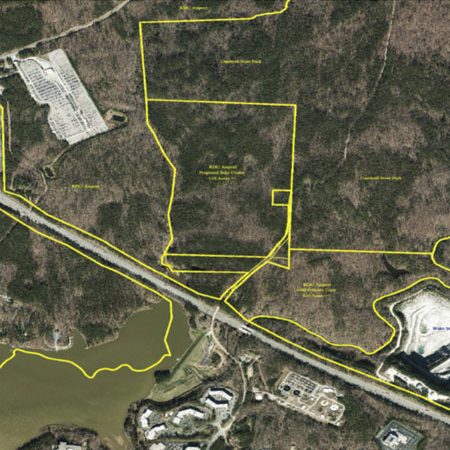 Raleigh-Durham International Airport has received a letter from the Federal Aviation Administration – one its officials claim gives it the all-clear to proceed with its land lease to Wake Stone Corporation.

According to a statement from RDU, the federal agency “determined that the lease does not involve federal funding and will not adversely impact airport operations.”

“Therefore the FAA will not require a release or other determination with respect to the lease,” reads the letter, provided by RDU. “Nevertheless, the FAA continues to have authority to ensure that RDUAA receives not less than fair market value under the lease terms and that the revenue received from the lease is used for the capital or operating costs of the airport.”

Read Full Article
Copyright © 2022 Friends of Triangle Trails. All Rights Reserved. Website by The Marketing Machine.
Back To Top